Isolated in a room of debris, time on her mind, and gradually going insane: Tudor’s set-up in The Long Now might be vaguely familiar to the majority of us, emerging from dark grottos of lockdown. This charming production, in an intimate and bubbly above-pub fringe setting, reminded me of what has been so sorely missed this past year: the magic of live performance.

A chaotic pre-set centred by a grandfather clock provides the perfect backdrop for Tudor’s (Isobel Warner) thoughts, dreams and visions as we watch her try to piece together the eerie circumstances of her imprisonment. Warner holds the stage for the majority of the piece, doing so with impressive poise and energy.

Having seen my fair share of flat one–man/woman shows, her touching and comedic performance stands out as a real gem. At one point, Tudor tells us what she believes to be a children’s story. She plays at least three or four characters and this easily provides the most memorable and entertaining moments of the night. It is no easy feat to hold the room, but Warner does not drop the baton at any point.

As the audience, we are not merely spectators but thrust into the mad world before us as Tudor’s visions. There is no such thing as the fourth wall in this production, but the line between engaging and invading is nicely gauged. Although Warner’s solo performance is laudable, it would have been nice to have introduced Harry (Leo Flanagan) a little earlier in proceedings to help pick up the pace. By the end, the story is no longer simply intriguing, but also confusing, due perhaps to too much intricate back story. A cloud of mystery could have been preferable to feeling lost.

“We are a theatre company and artist collective creating plays and stories, all set in our own fictional world.” This is what Gutter Street Theatre aims to do and it certainly achieves this goal with its production of The Long Now. The audience is transported into the world of Tudor and her clocks, away from the confounding reality in which we live. The story is a little rough around the edges, but the poetry and dialogue are enchanting and Warner’s talent pulls the whole performance together in a mix of comedy, poignancy, and goggles!

The Long Now is a timely reminder to support the arts, especially fringe theatre, as we emerge from a dry spell for live performance. I do hope that this timeless production will return in some form as it really was the perfect reintroduction to the theatrical world. 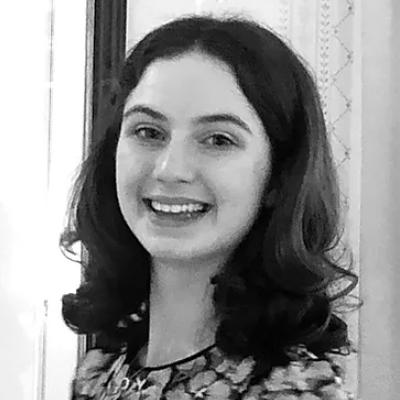