Continuing our feature series educating audiences on the importance of musical directors, director-producer Andrew Keates explains his approach to appointing this key role in his creative team on a production.

My involvement in the Also Recognised Awards

For the past few years, I have been campaigning that musical direction be recognised in any awards that claims to champion musicals in the UK. I cannot comprehend why any organisation with even a microscopic insight into what can be required to create a musical wouldn’t praise such an integral role. Hypothetically speaking, without a skilled MD, we could be led to a musical either having no music whatsoever, or even worse, a show with music performed badly.

I have directed many varieties of musical theatre, including revivals and new works. Thanks to that experience and my endless campaigning for creative team parity, I feel very honoured to have been asked to help shortlist two categories in Mark and Terri’s inaugural Also Recognised Awards – Best Musical Direction and Best Original Music – alongside my friend and colleague Mike Dixon.

I cannot comprehend why any organisation with even a microscopic insight into what can be required to create a musical wouldn’t praise such an integral role.

As part of those duties, we feel it is important to help educate and enlighten those who may not have considered all that an MD does. So, as part of this series, I am going to explore the various kinds of responsibilities that musical directors have undertaken throughout my own processes. On a musical, the buck might end with the director but its value is ultimately earned thanks to an MD.

I preface all of this with an admission. In interviews and masterclasses I give, one of my least favourite questions is: ‘What is your rehearsal process?’

The reason I loathe those words is that every rehearsal process is completely different. It depends on the show, resources, actors, production team members, budget, performance style, composer, musical language, venue… I could go on, the variables are endless.

So please understand that this series is in no way a definitive or encyclopaedic ‘how to’ guide. I offer it as merely an anecdotal jaunt from my own perspective as a director as to some of the many responsibilities and skills that I have witnessed or might expect of a skilled musical director.

The value and skills of MDs are always considered before they’ve even been asked if they will undertake a production. Whilst assembling a production team, just like a director, designer or choreographer, so much depends upon the background of this key creative as to whether they will be appropriate to serve the piece. 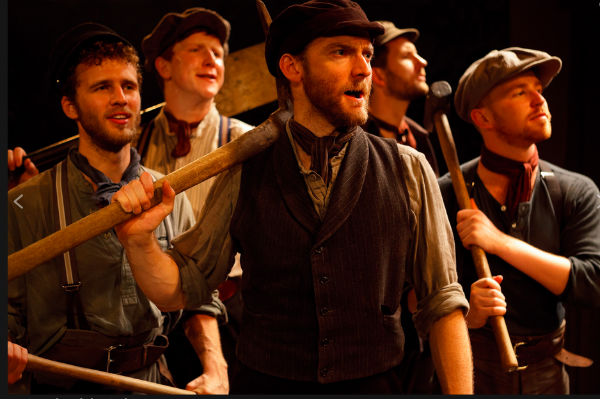 Martin Neely and the cast of The Hired Man, at the Landor Theatre in 2011

As much as we like to believe that ‘anyone’ can do ‘anything’, in reality (and in my own personal experience), it’s those that are passionate or possess prior experience in similar projects that nearly always lead to a successful production. For example, when considering who would MD my chamber production of The Hired Man, I ultimately went with the person I knew possessed extraordinary orchestration and piano skills, was both passionate and sensitive to the work of composer Howard Goodall and would command not only an authoritative presence with a predominantly young company, but also had experience of working at several brilliant drama schools to ensure the cast was encouraged and nurtured.

That person was Niall Bailey. The resulting production was nominated for over 13 different awards and won Best Musical Production in the Off West End Awards. It’s cruel that, as proud as I am of the overall production and my ‘vision’ for the piece as a director, the new orchestrations, the exemplary execution of Goodall’s sublime score and the company camaraderie was predominantly due to Niall’s facilitation and skillset. He was as I suspected – the right man to hire for The Hired Man job.

Whilst on the subject of Goodall, a similar case of events was true of Howard’s professional world premiere of A Winter’s Tale. A Winter’s Tale was (in my opinion) the hardest of all things to bring to life in the theatre – a brand new musical. When considering who would be leading the baton from pre-production until the closing night, I had to consider that this wasn’t just a piece that required a skilled MD.

It required a highly skilled MD with specific experience of creating new musical theatre, where we could trust that new material could be facilitated, often on the spot within a rehearsal room or in collaboration with Howard himself. This person would need to satisfy Howard’s excellent taste and serve my own needs to support the narrative, musical language and structure of the piece.

A lesser MD would have probably curled up in a ball and pointed the finger to somebody else when it came to taking responsibility.

Additionally, the show required someone who was hungry for Howard’s work and would be prepared (like all of us on that production) for many a sleepless night to serve the show. At the time, I decided to take a risk with a relatively new MD who had studied Howard’s work at Mountview and who had always impressed me during my time at the Landor Theatre. George Dyer was the MD, and I’m confident that many reading this will know of his remarkable skills and passion. What the show needed and what George provided by the bucketload was tenacity. We couldn’t have opened without his hard work – a lesser MD would have probably curled up in a ball and pointed the finger to somebody else when it came to taking responsibility.

As a director, in many ways it is my job to be ‘the eyes’ of the production. Well, I would argue that it is the MD’s role to be ‘the ears’. There are many times where I might need to use my skills to help an actor play a moment in the show, where I might use various exercises or questions to help the actor reach their target. The same is true when it comes to the music department, not only for the actors, but for the band too. 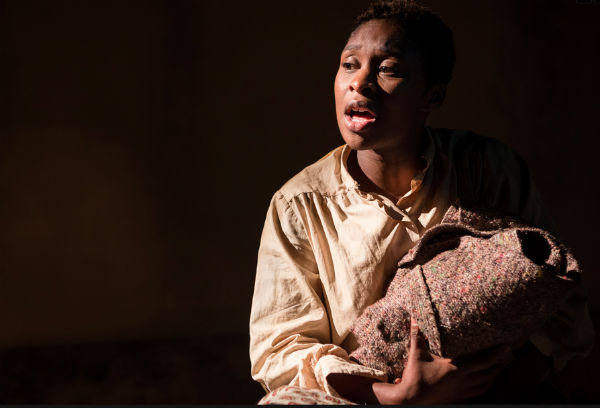 Dessa Rose, starring Cynthia Erivo, had its UK premiere at Trafalgar Studios in 2014, with musical direction by Dean Austin and musical supervision by Mark Collins.

Yes, I might decide upon an intimate design with an integrated band, as I did at the Trafalgar Studios for Dessa Rose. But it was my MD on that show who pointed out to my designer whether there was enough bowing room for a cellist. The same is true when I wanted to use authentic African drums played by the cast – I was proud of the idea, but it was my MD and his colleagues that taught the cast and ultimately made it happen.

How many times have you seen a musical where your breath might have been taken away by that amazing note at the end of a big number. Yes, the note might always have been in the actor’s range, but fundamentally, I assure you, the breathtaking achievement is the MD’s. He or she is the one who is forever keeping an eye on the wellbeing and technique of the actor, as well as of all the musicians, to ensure that final moment is musical bliss – rather than just relying on the actor and the sound designer to make sure noise levels are right.

To conclude, like all collaborations, choosing your MD isn’t just about ‘can they play this’ and ‘how will they achieve that’. For me, so much about being part of a creative/production team is feeling comfortable enough with someone where one day you can be free to play with ideas and another day to be able to instruct depending on whatever challenge the process requires.

It’s about appreciating their style, their musicality and their approach to facilitating the musical requirements of a piece – which doesn’t just mean playing the right dots on the score. It’s about respect and trust. But last and arguably most importantly, the thing I need most of all from an MD is someone who is my right-hand man/woman. Someone I can create with. Someone I can trust will not only take my direction with humility, but someone I can learn from and accept their valuable opinion with the same grace.

Next in this series, Andrew will look at the relationship between the Director and the Musical Director throughout pre-production.

Which show had the Best Musical Direction in 2014?

The Also Recognised Awards are the first UK theatre awards to give a prize for Musical Direction. The shortlists have been drawn up by the Mates, with Mike Dixon and Andrew Keates. Who will will? You're the judge. Voting closes 12 April 2015.

Continuing our feature series educating audiences on the importance of musical directors, director-producer Andrew Keates explains his approach to appointing this key role in his creative team on a production.

Andrew was the theatre manager and artistic consultant of the Landor Theatre for over three years. He is the current artistic director of Arion Productions, through which he launched the Show People Podcast in 2017. The free bi-weekly podcast shines a spotlight on the UK performing arts industry and to those dedicated to their craft within it. It's on Twitter at @ShowPeopleUK. In addition, Andrew tweets at @andrewkeates and his personal website is www.andrewkeates.co.uk.

Andrew was the theatre manager and artistic consultant of the Landor Theatre for over three years. He is the current artistic director of Arion Productions, through which he launched the Show People Podcast in 2017. The free bi-weekly podcast shines a spotlight on the UK performing arts industry and to those dedicated to their craft within it. It's on Twitter at @ShowPeopleUK. In addition, Andrew tweets at @andrewkeates and his personal website is www.andrewkeates.co.uk.