Buy tickets for tHe dYsFUnCKshOnalZ!

Steve Thompson is best known as an award-winning writer, most recently for television. But he’s returning to the stage this month to make his directorial debut with Sense of Place Theatre’s revival of tHe dYsFUnCKshOnalZ!, written by his Bush Theatre-contemporary Mike Packer. Thompson told us what about this post-punk play attracted him. Time to get booking!

In 1977, when punk was at its height, Billy Abortion’s bandmates left him bleeding to death in a Copenhagen hotel room. In 2007, Billy is back from the dead and stacking shelves. There was no way tHe dYsFUnCKshOnalZ! Would ever reform. Until now….

Thirty years after the bands notorious split, an American corporation wants to pay them a small fortune for their punk anthem ‘Plastic People’, but everyone has to be in on the deal. How much will it take for the angriest man in music to sell out?

Mike Packer‘s play about a fictitious punk band, that may bear more than a passing resemblance to The Sex Pistols, premiered to rave reviews at the Bush Theatre in 2007. It’s now revived at London’s Hen & Chickens Theatre for six performances only from 28 May to 1 June 2019.

Steve Thompson is an award-winning British playwright and screenwriter. He trained on the Royal Academy of Dramatic Arts (RADA) playwrights’ course and won the Meyer-Whitworth Award for new writing for his debut play Damages, which premiered at the Bush Theatre in 2004. He went on to become writer-in-residence at the Bush where his next play, Whipping It Up, premiered in 2006. Roaring Trade (Soho Theatre, 2009) and No Naughty Bits (Hampstead Theatre, 2011) followed. More recently, he’s written for television hits including Doctor Who, Sherlock, Upstairs Downstairs, Silk and Jericho. He now makes his directorial debut with tHe dYsFUnCKshOnalZ!.

As a writer, what made you want to direct for the stage?

I love the play. I saw the original production at the Bush ten years ago while I was working there and I thought it was a gem.

How different is it creating work for the stage versus screen?

I worked as a playwright for the first years of my career before I became a TV writer and the process is very different. TV is much more collaborative. When you write a play, the development process is basically an ongoing conversation between you and one person – a director. For a TV show, it’s a much larger conversation. 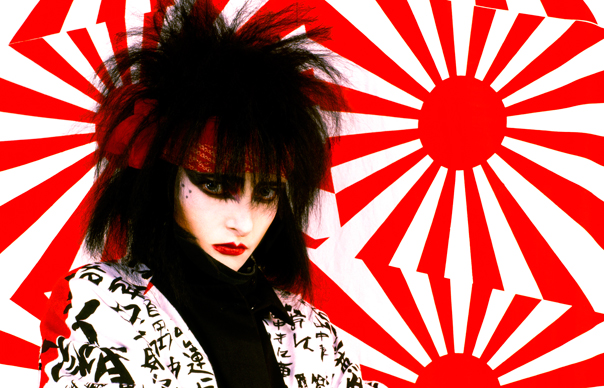 Which band defines your youth? For Steve Thompson, it was the Siouxsie & the Banshees

What attracted you to tHe dYsFUnCKshOnalZ in particular?

I loved Tamara Harvey‘s original production at the Bush. I was at primary school (final year) when the punk explosion happened, and I still have very vivid memories of that time. One of the kids in my class – we were ten years old – came to school with a safety pin through his ear. The shock waves of what happened in 1977 were enormous. Mike Packer has turned those memories into a wonderful comedy but also a very touching tragic story.

How would you describe the play in a nutshell?

The punk band bears more than a slight resemblance to The Sex Pistols. Who did you grow up listening to?

I was the next generation – post-punk. I was a would-be Goth. I adored Siouxsie and the Banshees and saw them again and again when I was a teenager. Much more glamorous than the original punk first wave.

Why should audiences see tHe dYsFUnCKshOnalZ?

Because it’s a joyful experience. The characters are beautiful.

Have you enjoyed the process of putting on this show?

Absolutely. The best bit has been watching the actors learn to play their instruments and actually turning into a real punk band!

tHe dYsFUnCKshOnalZ! runs from 28 May to 1 June 2019 at The Hen & Chickens Theatre, 109 St Paul’s Road, London N1 2NA. Performances are Tuesday to Saturday at 8pm, with a Saturday matinee at 1pm. Tickets are priced £15 (concessions £12). CLICK HERE TO PURCHASE!