One of my goals for 2018 was to see more theatre in more theatres. It’s not always easy and to be fair, the South West does have a phenomenal collection of theatres and theatre-makers at its disposal – oh yes it does London! However, venture I did. I was lucky enough to join the ranks of the wonderful My Theatre Mates and that opened doors nationally for me and I look forward to many more nights further afield in 2019.

It’s always hard narrowing down what you’ve seen to a tidy list of five. There are always the ones that don’t make the five but would be certain to make the ten. So, I’m going to kick off with the honourable mentions that stand out from the field.

The Borrowers at Bristol’s Tobacco Factory Theatre is a show so full of heart, so full of joy and so very goofy that it begs the question: what’s not to love about it? It was a bold choice of the Tobacco Factory not to go festive and find every opportunity to shoehorn in glitter, snow and Slade, instead favouring a rock-solid family show. Bold choices are what the Factory does best and with the magic combination of Bea Robert’s script, Nik Partridge’s direction and David Ridley’s music, you won’t see a better show over the festive period. It runs until 20 January 2019 and January will be so much better for it.

Chasing Bono at London’s Soho Theatre was the equivalent of digging out a brilliantly curated mixtape that doesn’t have a duff track on it. An adaptation of Neil McCormick’s wonderful memoir, I Was Bono’s Doppelganger, writing royalty Dick Clement and Ian La Frenais wove their magic around a story of shattered dreams and new beginnings.  My full review can be seen here and the run continues until 19th January 2019.

I had a third visit to Missing by the magnificent Gecko which also coincided with the reopening of the Battersea Arts Centre. This is a gift of a show which keeps on giving, made even more special as it reopened the majestic BAC.

Thanks to a football game (commonly known as the World Cup), I was able to get a return to An Octoroon at the National Theatre’s Dorfman Theatre. I cannot imagine a greater spectacle than this inventive, heart thumping show that literally and metaphorically set the stage alight.

Finally, wearing another hat, I spent a couple of months working with Shakespeare Schools Festival watching young people transform professional venues with their abridged choice of Shakespeare play. From a 10-year-old female Hamlet through to a Macbeth told by three actors, SSF offer life changing experiences for both young people and their school community simply by challenging themselves and their audiences with the joy of Shakespeare. It is always an extraordinary experience being in an audience for SSF. Look out for it next year. You can guarantee a unique, moving and inspiring experience.

What follows, are five productions that did it all for me. They captured my heart, engaged my mind and punched me in the gut. The following five plays are the ones that I threw at the wall of 2018 and they stuck.

This isn’t a performance you simply see or hear. It’s one you feel.

Opening Mayfest 2018, the British Paraorchestra’s The Nature of Why is inspired by Nobel Prize winning theoretical physicist Richard Feynman. It graced Bristol Old Vic’s main stage with the orchestra, conductor Charles Hazelwood and Will Gregory’s stunning score. Weaving through the audience, standing on the main stage, were a company of musicians and dancers under the direction and choreography of Caroline Bowditch. In true Mayfest style, this was a bold commission and the British Paraorchestra continued their trend of presenting truly breathtaking work. My full review can be read here.

… relentless, ruthless and one of the most captivating productions of the year. .

London’s Soho Theatre continued championing new work and brought to its upstairs space one of the most electrifying pieces of new writing I have seen in a long time. Supported by an equally dynamic cast and director, Carroll’s Papatango nominated work thrust the subject of identity onto a main stage without ramming it down its audience’s throat. Dealing with who you are and where you are from, Cuckoo is a polemic against labelling and pigeonholing that took no prisoners and will continue to resonate long into the future. My full review can be read here.

This is an extraordinary theatrical experience given in kindness, strength and bucket loads of humanity that provides a platform for change.

One woman. Two and a half hours. This was no ordinary trip to the theatre. Switching seamlessly between characters (and shoes), Deavere Smith tackled this theatrical monster with style, grace, boundless energy and theatrical economy. In a show designed to empower, enlighten and enrich, Notes From The Field
is a pitch perfect composition built from the voices of over 250 people. With the addition of an underscore from Marcus Shelby, this proved to be a once in a lifetime experience in the company of a theatrical giant. My full review can be read here.

A View From The Bridge (Tobacco Factory Theatres, Bristol)

This is one of the most exciting pieces of work seen on a Bristol stage in a long time.

Revivals or reworkings of well-worn texts are always a brave move. It often begs the question, what else can you add that hasn’t already been done? 2018 saw the arrival of the Tobacco Factory’s Factory Company. Following their opening gambit of Macbeth, the Factory Company returned with another syllabus favourite, Arthur Miller’s A View From The Bridge. Directed by Mike Tweddle, this was a heart racing, adrenaline shot fuelled by a remarkable central performance by Mark Letheren. If theatre was only half as good as Tweddle’s A View From The Bridge, Top 5 lists would be impossible. My full review can be read here.

Three Sisters by RashDash, after Chekhov

You shouldn’t choose a favourite. The Top Five should be in no particular order. But fuck it. RashDash rocked their way to the top spot and took no prisoners. For me, this was 90 of the most electrifying minutes I have ever spent in the theatre and left me wondering in every piece of theatre I have seen since, “I wonder what RashDash would have done”. My full review can be read here.

This is a state-of-the-nation king-hit to shake up tradition, privilege and expectation.

I’m not saying EVERY piece of theatre should do the above. I am saying that every piece of theatre matters. Seeing it, making it and being able to discuss it afterwards is a huge privilege and not something to be taken lightly. This is why the above people and many, many more like them are torchbearers for discourse. Now, more than ever we need to engage.

Forget shoes this time. 2018 has created an entire wardrobe that 2019 has to live up to.

Shane Morgan is a writer, director, producer and facilitator. He trained at the Royal Welsh College of Music and Drama and completed an MA at Chichester University. He is Director of RoughHouse Theatre and Associate Director of the Rondo Theatre, Bath. His writing work includes stage adaptations of the Nick Hornby short story NippleJesus and the Daniel Wallace novel Mr Sebastian and the Negro Magician under the title Henry Walker and the Wheel of Death. As director, his credits include The Tenant of Wildfell Hall, Hands Up For Jonny Wilkinson’s Right Boot and When The Eye Has Gone. In addition to his personal blog, Shane reviews theatre and comedy for Bristol 24/7 and is a regular contributor on BBC Radio Bristol. He tweets at MrShaneMorgan.
Read more...

Read the full article from Shane Morgan, published on 28 December 2018 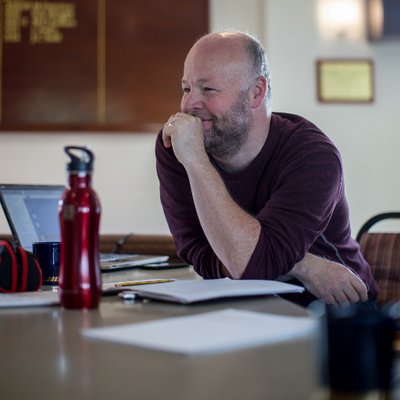 Shane Morgan is a writer, director, producer and facilitator. He trained at the Royal Welsh College of Music and Drama and completed an MA at Chichester University. He is Director of RoughHouse Theatre and Associate Director of the Rondo Theatre, Bath. His writing work includes stage adaptations of the Nick Hornby short story NippleJesus and the Daniel Wallace novel Mr Sebastian and the Negro Magician under the title Henry Walker and the Wheel of Death. As director, his credits include The Tenant of Wildfell Hall, Hands Up For Jonny Wilkinson’s Right Boot and When The Eye Has Gone. In addition to his personal blog, Shane reviews theatre and comedy for Bristol 24/7 and is a regular contributor on BBC Radio Bristol. He tweets at MrShaneMorgan.