It all started on Monday when I went to watch a new jukebox musical called The Feeling at The Other Palace. It was written, produced and starred Kyra J Willis, based on real events. I first met Kyra when she produced a cabaret called Surviving A Millennial Jukebox with Patrick Sullivan, Georgia Carling and Ben Purkiss under her company Monsteers Artistry.

Kyra created the name Monsteers by merging two of her biggest inspirations Marilyn Monroe and West End star Danielle Steers. Monsteers Artistry doubles up as a talent agency ran by Kyra. In The Feeling, Kyra has cast all her own clients. This could be seen as genius or madness.

Annemarie Lewis Thomas, the principle of The MTA, often writes her own shows for her students to appear it. This gives them a unique opportunity to perform roles tailored to match their skills. The same could be applied to Kyra’s method by using The Feeling as a platform for herself and her clients.

However, I have my reservations about whether it was achieved in this case. Kyra is clearly a very driven and kind person, and I was very grateful to have been invited to watch her show. I do appreciate that it is still very much in early development, so I don’t think it would be fair or appropriate for me to publish my thoughts about the show. I am not one to diminish anyone’s aspirations or hard work. I have reached out to Kyra and offered to meet with her in person to discuss my thoughts privately.

On Tuesday I travelled to Chichester to watch Oklahoma! in its final week. This production hit the headlines earlier this year when it was announced that Amara Okereke had been cast as Laurey. As an actress of colour, it challenged traditional casting. Amara is a resilient actress who has faced opposition like this before when she held the role of Cosette in Les Misérables.

She posted a statement defending herself and her right to play this role, for which she went on to win a Stage Debut Award for Best Actress on a Musical. Amara is a brilliant actress with a stunning voice and as Laurey she was incredible in Oklahoma!.

Read the full article from Philip Dehany, published on 19 September 2019 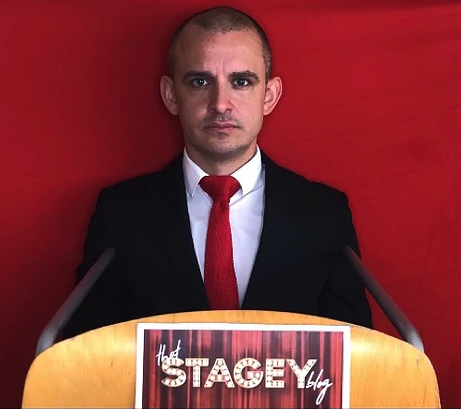