After something of an enforced lay-off, this week has been one of those weeks. Three shows via three of our foremost subsidised London theatres, the Young Vic, Donmar Warehouse and the third, an Almeida Theatre transfer to the West End at the Duke of York’s.

I have to confess, of the three, all enjoyed in one way or another, it was the last, Tennessee Williams’ 1948 Summer & Smoke that actually blew me away.

I’ve been ‘enjoying’ TW’s plays for more years than I can remember. I think he first caught my attention actually via film, Cat on a Hot Tin Roof with Elizabeth Taylor and Paul Newman. Since then, over the years, most of his theatre ‘oeuvre’ has come my way but I don’t remember seeing Summer & Smoke before.

I missed seeing its launch at the Almeida earlier in the year, although its antecedents are clear to behold in Tom Scutt’s semi-circular brick wall replicating the Almeida’s auditorium. And Rebecca Frecknall’s production with its chorus of pianos fits as snugly into the Duke of York’s as it must have done at the Almeida.

Some of my companions bristled at the musical intervention. I can only report personally that the sometimes plangent, sometimes shuddering chords only added to my sense of entrapment in a world of striving, soulful antagonisms – sensual and physical materialism versus the spiritual – trying to find some accommodation with each other.

Summer & Smoke must hold some of Tennessee’s most poetically lyrical writing. Frecknall’s production triumphs in creating a transcendent quality not available to me even in recent much-praised productions as A Streetcar Named Desire, The Glass Menagerie or In the Bar of a Tokyo Hotel.

But then, apart from his writing which reaches a pitch of sublime simplicity on occasion, Frecknall succeeds in achieving what according to Annette J Saddik’s excellent programme note was Williams’ ambition for a new, fluid ‘plastic’ form of theatre, one that would combine ‘light, sound, colour and movement to create an evocative stage picture that worked with the symbolism and rhythms of language’.

And of course, this production is also spear-headed by the remarkable, the coming talent that is Patsy Ferran. With an angular body and face that themselves seem as mobile and flexible as plasticine, Ferran cuts a figure of nerve-wracking pent-up neuroses – part Laura of Glass Menagerie and latterly Blanche of Streetcar.

A simply mesmerising performance – and as clear as a bell, although the hand-held mic addition does seem to be coming to be a bit of an Almeida fetish (see also Robert Icke’s use of same in his recent version of The Wild Duck) – she’s counterpointed by Matthew Needham as the aspiring young doctor, John.

Confused, eaten up with physical yearning, he’s yet drawn to some higher power by Ferran’s Alma (meaning `soul’ in Spanish), her primness and emotionally corseted being. Is it her innocence he wishes to destroy, the unobtainable as temptation?

It’s tragic-ironic climax tells us it is something other. But in the interim, the battle, for me, was an utterly absorbing one.

But this is Ferran’s moment. I’ll be amazed if the whole bundle doesn’t find its way to New York at some point.

Meanwhile, back at the Donmar, the American export of Lyn Nottage’s Sweat explodes with tensile fury of a very 21st century variety: unemployment, outsourcing and the kind of violent reaction that has led to the rise of populism in the US and here with Brexit.

Nottage’s writing too soars into the stratosphere but this time on a totally different trajectory – that of the working man and woman destroyed and frustrated by economic circumstances.

Nottage whose Fabulation and Ruined both penetrated the conditions and tragedy of unheard, African and African-American voices now finds her muse in the white working class of the American rust-belt, Trump-land. Reading, Pennsylvania to be precise.

But the same could easily apply, does apply, to GB Ltd.

Nottage went to Reading and researched the working conditions and communities under pressure after the 2008 Recession when factories closed and jobs were sent south to Mexico where labour was cheaper and notably, unions have a less granite like hold.

Sweat, however, as with the best of fictionalised but meticulously researched accounts is far from being simply an economic report. An intensely, emotional portrait, it details the agony of workers under pressure, with how work and its collapse fractures families, friendships and futures and racial differences come under the microscope with volcanic consequences.

Played backwards and forwards in time, it is only in the ultimate, climactic moment we see how one small moment destroys not only a single individual’s life but two younger associates.

Under economic pressure, Sweat shows how those affected will turn on difference and outsider status as the ultimate threat rather than seeing the macro conditions and corporatism that has spawned it.

Devastating in its impact, crucial for our current understanding of today’s tottering world, Lynette Linton’s production blasts off from the first moment against Frankie Bradshaw’s extraordinary iron and steel rusting pipe and factory setting.

Led by American actor Martha Plimpton (tv’s The Good Wife) as a white, hard-drinking, hard-bitten factory worker, Clare Perkins plays Cynthia, her once close, African-American floor buddy whose promotion to management makes her an object of intense fury and resentment when the plant begins to lay off staff.

But this is first and foremost an ensemble, set in ex-factory worker, Stan (Stuart McQuarrie)’s bar where the world comes to let off steam after work, celebrate birthdays, bond and ultimately destroy each other.

And finally, we come to The Convert. In any other week, this would surely have taken pole position. But it says something about the quality still on offer in straight theatre – in London at least – that it comes third in this particular mini-round-up.

That is not to denigrate Danai Gurira’s Zimbabwean-based account of cultural imperialism and the effects of Christianity on indigenous rituals and lifestyles. Rather, when seen last year at the Gate Notting Hill, I was moved to tears.

It’s simply that in a larger auditorium, in the round, I found it that much harder to follow the dialect and cross-currents at work.

But Ola Ince’s open-plan production, symbolically boxed in by gauzes flown in from the ceiling as outside forces intervene, carries an immediacy and authenticity that the Young Vic’s all ages, all backgrounds audience rose as one to at the play’s end.

Again, The Convert shows us in different form, cultural differences working their destructive poison on relationships but this time, it is not economics as the destroyer but religion. Christianity and Roman Catholicism, spread far and wide by missionaries.

Gurira, brought up in Zimbabwean though American born and now based in the USA, imagines how it might have been being subject to cultural colonialism in the last century. Her protagonist is young Jekesai, renamed Ester by the Christian convert priest, Chilford (Paapa Essiedu) into whose household she is brought by her mother Mai Tamba (Pamela Nomvete).

Letitia Wright as Ester is a slim, galvanising presence, who, seen initially as a young, unschooled, untrained innocent is gradually converted and begins a journey whose devotion to the Bible leads ultimately to self-destruction.

Unfortunately for me, much of the detail was lost but Ince with designer Naomi Dawson, lighting designer Bruno Poet and composer Max Perryment certainly raises the drama production to another level, giving it a visual, almost cinematic power and scope.

Often, in its theme and storyline, I was reminded of Lorraine Hansberry’s Les Blancs (1970), staged stunningly at the National Theatre two years ago, although Gurira records Shaw’s Pygmalion as a source of inspiration.

Whatever its genesis, perhaps we’re only now really beginning to take on board and understand quite how devastating and long lasting were the effects of cultural appropriation on Africa’s own indigenous cultures by western colonialism, 150 years later!

Read the full article from Carole Woddis, published on 24 December 2018 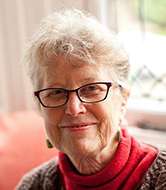