When theatres reopen, which new shows are you most looking forward to seeing? At time of writing, the Society of London Theatre (SOLT) has cancelled all West End performances until 31 May 2020, while other theatres – including the RSC and the Barbican – have extended further, and many are making contingencies for July, September, January or even further ahead.

Uncertainty in timetabling is likely to be with us for quite a while. However, I’m keeping my hopes alive that some of the most anticipated plays of the spring and summer season will still go ahead… at some point. Here are my top three with their star-studded casts and tales that are yet to be told.

4000 Miles is due at the Old Vic Theatre

Amy Herzog’s play, 4000 Miles, is due to be performed by West End and Broadway stalwart Eileen Atkins and Academy Award-nominated screen star, but West End newcomer, Timothée Chalamet, directed by Matthew Warchus. The play was meant to open at the Old Vic Theatre, for a limited run from 6 April to 23 May 2020. At the time theatres closed, it was already nearly fully rehearsed and the Old Vic has said it’s been postponed and will be rescheduled.

This dramatic comedy features around the turbulent relationship of a young adult and his grandmother, exploring the trust, loyalty, and ultimate friendship they find within one another. Leo, 21, and his grandmother, Vera of 91, battle through major issues, such as death, romantic conflict, loss, and prominent family strife.

I’m most excited to witness the exploration of this focal relationship spanning a 70-year age gap. This unusual theme highlights the play’s unique persona, which allows it to stand out on the West End, as in modern society the elderly are mostly forgotten by those younger than them. The two stars are an added bonus!

A Doll’s House is due at the Playhouse Theatre

Jessica Chastain makes her West End debut exploring Ibsen’s classic A Doll’s House, directed by Jamie Lloyd. This play is currently due to open at the Playhouse Theatre on 6 June 2020.

Nora battles and struggles through the misogynistic world that rotated around her, throughout the 3 acts of this play. Her marriage becomes under threat when she begins to be blackmailed by a jobless man because of a sum of money she borrowed. The pressures placed upon by this archaic society forces her as far as to even consider taking her own life.

As a lover of feminist actors, I’m interested to see Chastain take on a role that obeys the common misogyny portrayed, instead of fighting and challenging it, much like the roles she normally adopts. Furthermore, I’m anticipating new-comers and a contemporary audience’s reactions to the plot and hope for upset to be commonly caused by the sexist themes in this play.

To Kill a Mockingbird is due at the Gielgud Theatre

To Kill a Mockingbird

Harper Lee‘s Pulitzer Pulitzer Prize-winning 1960 novel was adapted for the Broadway stage by Aaron Sorkin and, after its New York success, is ready for its West End premiere at the Gielgud Theatre, where it was meant to start performances in late May.

Set in the American South, the story centres on honourable lawyer Atticus Finch, who defends an innocent man accused of rape, whilst caring for his young children. However, in this version, Finch has an apparent change in moral compass…

I’m a massive fan of the novel and have read it multiple times – I expect to be a fan of the play too. The story has been performed onstage and screen many times in different ways, but I’ve never heard of a version altering Atticus’ angelic nature. The notion excites me. Who wouldn’t want to witness the lawyer with a hidden villainous persona?

The West End production of To Kill a Mockingbird is due to star Rhys Ifans as Atticus, directed by Broadway’s Bartlett Sher. 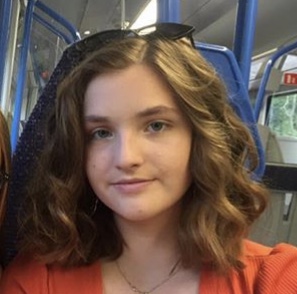